Ed Webb and I were on National Public Radio on Sunday, April 3rd, talking about Doctor Who, the Daleks, and genocide. The show, Keepin’ the Faith, is hosted by University of Illinois emeritus professor of Religion, Steve Shoemaker, and since the program deals with issues of ethics and morality, he thought it might be a good venue for a discussion of our Doctor Who and Philosophy chapter, “Should the Daleks Be Exterminated?” Despite the gravity of the subject, we all had an excellent time and greatly appreciate Steve’s inviting us on the show, which is now available as a podcast:

How about a Dalek cake to celebrate?

On Nov. 23rd, 1963, the BBC aired the first episode of Doctor Who, “An Unearthly Child”, launching what has become the longest running science fiction show ever. Though there was a significant “hiatus” between 1989 and 2005, during which no new episodes were aired, the series continued with books, audiobooks, and a (to put it politely) disappointing Fox Movie of the week. Since Russell Davies brought it back to TV in 2005, it has once again become a worldwide ratings success, and today the show is celebrating its 45th anniversary.

Its success throughout the years can be largely attributed to the strength of the writing behind each episode. This is where, as Harlan Ellison correctly (and belligerently) states, it trumps the Star Wars films, which in all honesty, despite their brilliant special effects and pacing (both areas where Doctor Who often fell a bit short) suffer from sophomoric and slapdash plotting and dialog. The only science fiction series that really approached Who in the sophistication of its scripts was the contemporaneous Star Trek. But, because The Doctor’s adventures were regularly serialized in half-hour episodes over the course of 4-6 weeks, Who was often able to achieve greater depth than Trek, and over the course of 45 years, has become an incredibly dense text. As my friend Ed and I found while recently writing about the show, there are almost unlimited thematic threads that can be traced throughout the many years of episodes, and this has undoubtedly also contributed to the show’s success, that it has created a vaster universe than even Start Trek for its fans to explore.

Another thing that set Doctor Who apart from most science fiction fare was the show’s eccentric origins, and these are being celebrated by the BBC with the creation of the new Genesis of Doctor Who archive. For more history and episode details, the BBC’s New and Classic Doctor Who sites are a must, as well as the Doctor Who Wiki. Finally, for fan fiction, there is A Teaspoon and an Open Mind and The Doctor Who Project. The latter began as a very serious attempt to continue the series in the 90’s and contains fiction of a very high quality.

Here’s to another 45 years!

Call for Papers – Doctor Who and Philosophy 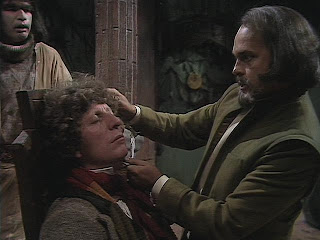 The departments of philosophy at the University of Southern Mississippi and the University of Tennessee, of all places, “are looking for scholarly philosophical essays written for a lay audience to be included in Doctor Who and Philosophy, to be published by Open Court Press.” There’s more info. available here.

Update: My friend, Ed Webb, and I wrote a chapter for the book, titled “Should the Daleks Be Exterminated?”, and the book is now available.

Harlan Ellison on Doctor Who 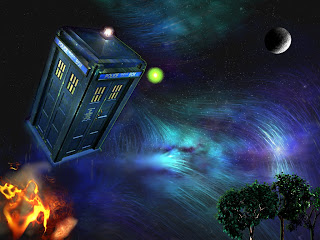 In the back of an old Pinnacle paperback, I found this introduction to its then upcoming Doctor Who books–

“They could not have been more offended, confused, enraged and startled. . . . There was a moment of stunned silence . . . and then an eruption of angry voices from all over the fifteen-hundred-person audience. The kids in their Luke Skywalker pajamas (cobbled up from older brother’s castoff karate gi) and the retarded adults spot-welded into their Darth Vader fright-masks howled with fury. But I stood my ground, there on the lecture platform of the World Science Fiction Convention, and I repeated the words that had sent them into animal hysterics:

‘Star Wars is adolescent nonsense; Close Encounters is obscurantist drivel; ‘Star Trek’ can turn your brains to purée of bat guano; and the greatest science fiction series of all time is ‘Doctor Who!’ And I’ll take you all on, one-by-one or in a bunch to back it up!'” 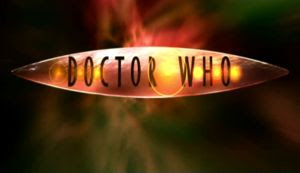 According to the Sci Fi Channel, Series Three will begin airing in the US on July 6 at 9 pm with last December’s Xmas special, “The Runaway Bride”.

The second season (well, for Americans, anyway) of the new series premiers this Friday, Sept. 29th, at 8 p.m., on the Sci-Fi Channel.